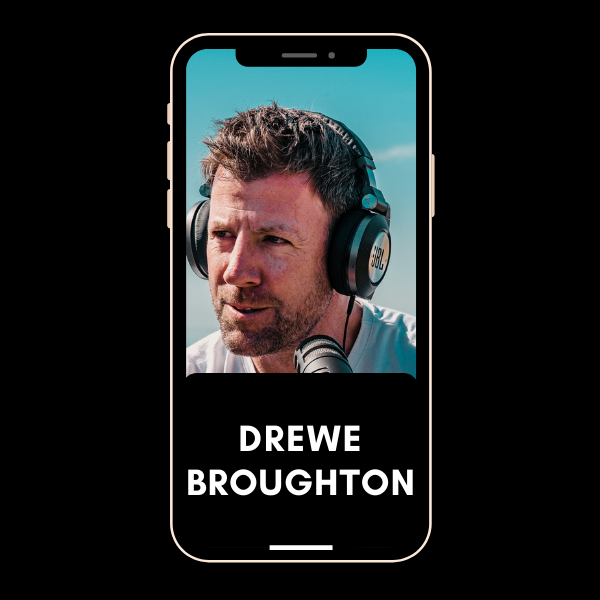 As a former Professional Footballer tipped for the top, Drewe, 40, admits his 17-year playing career was dogged and undermined by soul searching and Fear. It culminated in the big centre-forward going into rehab for addictions and an emotional breakdown after retiring in 2011.

Nowadays Drewe is putting his experiences to good use helping the next generation of players cope with the pressures and pitfalls of football. His knowledge and ability to nurture players has helped Drewe build a portfolio of clients including PGA Tour golfers, international and Premier League stars.

Articulate Drewe has also become a go-to person for media to interview as more players start to publicly admit to mental health problems. Drewe believes it is the tip of an epidemic in the game which chews up and spits out talent when it is no longer useful or profitable.

He has strong opinions he will share after seven years of guiding some of the nation’s best young footballers.

He entered the corporate world in 2017 mentoring CEOs and senior management on how they can master that inner battle to win on the outside. He found that the leaders who were contacting him all had the same traits. That strong moral compass, sensitive yet fiercely driven, traits Drewe hugely relates to having to battle that himself for so many years.

Many of his lessons in his book’s chapters on self-belief, ego, winning and vulnerability are as applicable to life and to business as they are football.

Today Drewe combines his athlete mentoring work with coaching in corporations in the city of London, and motivational speaking, which has taken him around the world. He is also an ambassador for mental health charity The Kaleidoscope plus group